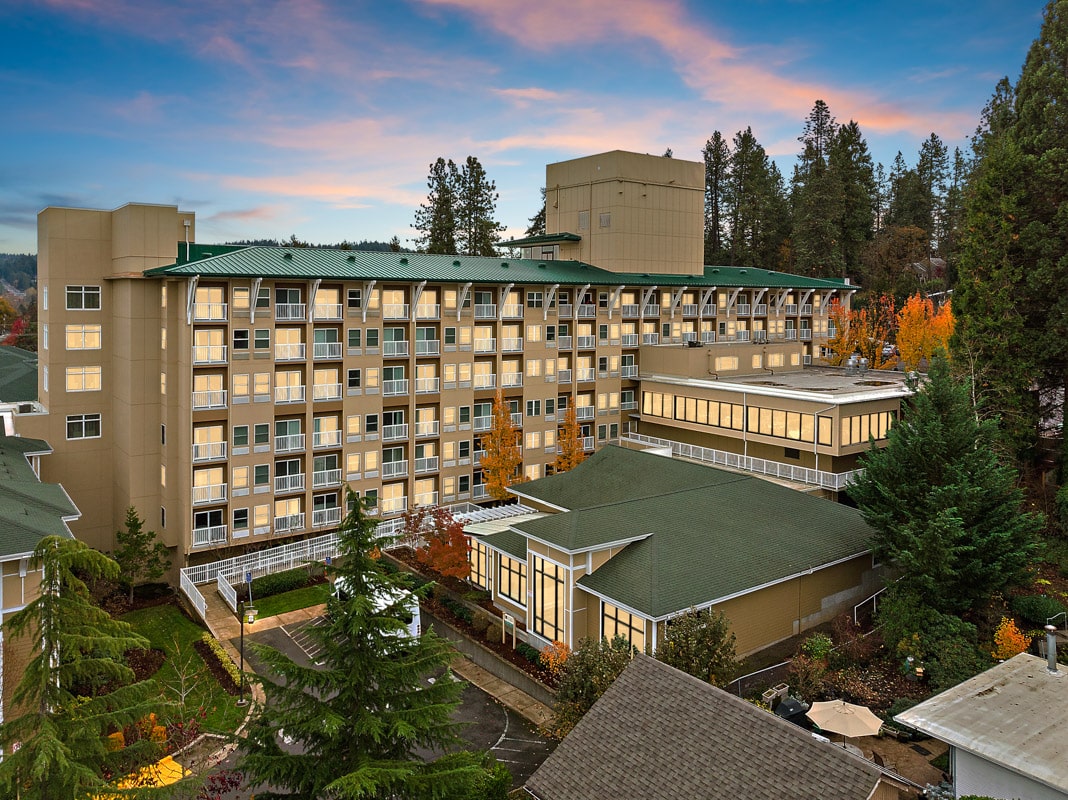 First incorporated in 1961 under the sponsorship of the First United Methodist, First Congregational, and Central Presbyterian churches of Eugene, Cascade Manor has been serving the seniors of Eugene since 1967.

In the early 1990s, Cascade Manor’s Board of Directors recognized the need for new ideas to be explored, and in 1994, the board approached Pacific Retirement Services, Inc. (PRS), to see how they might work together. A dialogue was pursued, and in 1996, Cascade Manor became a PRS affiliate.

In 2005, Cascade Manor expanded by adding 50 garden apartments and a state-of-the-art fitness center with an indoor pool, a spa, and exercise equipment specially designed for seniors. In addition, the entire campus was renovated, remodeled, and beautifully redecorated.

In 2009, Cascade Manor won Long-Term Living magazine’s 2009 Remodel/Renovation Contest. Cascade Manor was named Best in Category in the Common Spaces Division for its remodel of the Solarium.

In December of 2015, Cascade Manor expanded once more, opening 29th Place, and adding 30 beautiful new residences, courtyard spaces, and a lively new dining venue, the Rogue Bistro, to our campus.

Pacific Retirement Services, Inc., is a not-for-profit organization headquartered in Medford, Oregon, that was formally incorporated in 1991. Today PRS develops, operates, manages, and markets a family of more than 50 retirement communities and service organizations in six states across the United States. The corporation has nearly 3,000 employees and provides housing and services to more than 5,200 seniors through its many affiliated organizations.

Cascade Manor is Eugene’s Continuing Care Retirement Community dedicated to enhancing the quality of life of those we serve in a stimulating, secure environment.